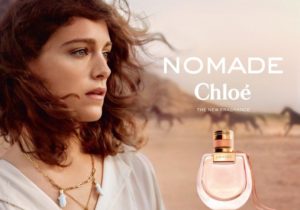 Chloé Nomade is considered Chloé's most intense floral blend, but it remains unsurprising as this release comes fully consistent with the brand's conventional attributes. Nomade is an unexpected spicy chypre perfume, unlike previous releases that are more along the lines of light and sheer florals. It captures the essence of a free-spirited, confident woman. Inspired by her experiences as she travels around the world, she asserts herself as a new kind of feminine, amplified by the natural smells from her surroundings.

As an Amazon Associate I earn commission from qualifying purchases through affiliate links from Amazon.com Inc.

Summary List
Nomade The Fragrance.
About Chloé Nomade.
Frequently Asked Questions.
What does Nomade by Chloe smell like?
What kind of perfume is Chloe Nomade?
Is Chloe Nomade a summer perfume?
Chloe Nomade Review - Conclusion.
Jump to Summary List

The scent is a floral chypre fragrance, which means it starts out citrusy before drying down into a more earthy scent after the fragrance settles into the skin - which takes about 30 minutes after you first apply it. The fresh oakmoss, unmoving as it may be, mingles with plum notes to create this complex, pastoral aroma that is both garden-like yet brimming with intensity.

Nomade is recognizable as a chypre, but it’s more modern than the chypres of old. It pays homage to its roots while maintaining an individual personality.

Nomade's opening top notes are made of fresh, slightly tart citrus and sweet peach. These notes give way to a fruity floral accord that’s dominated by the soft, round plum note known as mirabelle - a variety of plum grown in France and Belgium. Mirabelles have a pale yellow-green hue and a lighter, more delicate flavor than their better-known purple counterparts. The pear and lilac bud in Nomade's heart bring out the gentler side of its plum accord while providing a bit of coolness for contrast. The scent would not be complete without the addition of dry musk, allowing it to develop into a full chypre instead of ending on just fruits.

The floral heart of Nomade is part-guided by the freshness of freesia. Light, feminine, and floating, it seems to show off Nomade’s unique flair. Then we have the popular patchouli, used in many designer scents  – earthy and somewhat minty – as well as another contemporary staple note – a clean and dry musk. These notes share the spotlight with more classical ingredients – such as sandalwood and oakmoss – and create a dynamic and vibrant scent that is carried out with amazing transparency.

Nomade perfume strikes a delicate balance between older, more classic base notes and the newer, trendier ones. A flagship example of this is Nomade's use of spiced sandalwood combined with green oakmoss, which feels more of-the-moment. Effortless, dare we say.

Projection and longevity are above average. This definitely wears more like an EDP. This perfume is going to become your favorite scent.

Nomade comes in a minimalist translucent bottle designed to resemble a Drew shoulder bag made popular by the designer in 2015. The bottle is topped with a gold cap and a blush suede ribbon.

Ariane Labed, an actress from Athens, Greece, has been said to model the brand perfumes Nomad as a scent. She has been quoted as saying that those who wear it are truly free-spirited and adventurous. The founder of the French brand, Gaby Aghion, hails from Alexandra, Egypt. She chose her perfume's name because she believes it celebrates a woman who longs for liberation.

Let Nomade be a part of your wardrobe if you love fragrances with sour fruity florals. Or perfumes that have notes of raspberries, lily-of-the-valley, oakmoss, and black currant. And maybe even fragrances that smell green, and woody, like Annick Goutal Folavril. 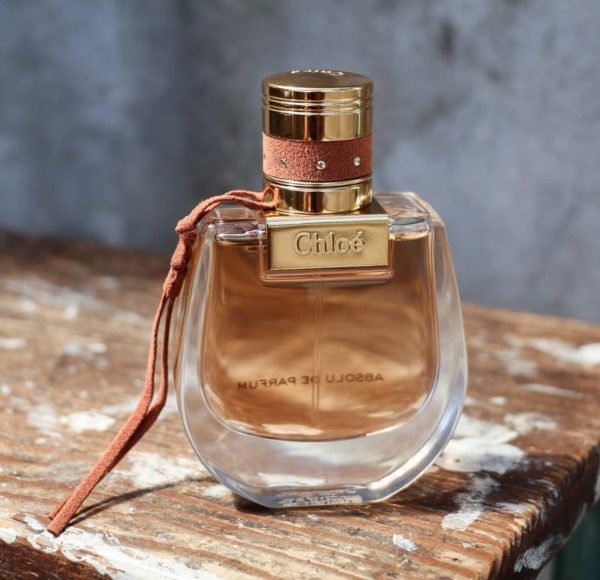 Nomad Eau De Parfum is light and fresh, compared to its Love Potion counterpart, whose scent is austere. It contains a mixture of citrusy florals, including Mirabelle, which is not in the least bit cloying or sweet. Nomad includes notes of orange, lemon, and mandarin with its fresh green notes. The notes change to take on a fuller overtone with osmanthus, freesia, and rose. The oakmoss gives the fragrance its woody tone combining it with patchouli, which creates an aromatic accord that’s natural yet sensual.

What kind of perfume is Chloe Nomade?

Nomade is a chypre floral fragrance that's composed of heady accords. It was launched in 2018. The nose that made it all come together is Quentin Bisch. It has an opening of Mirabelle, bergamot, lemon, and orange leading to the heart notes of freesia, peach, jasmine, and rose. Its base consists of amber wood, patchouli, white musk, and sandalwood.

Is Chloe Nomade a summer perfume?

A summer perfume ( some are happy to use it as a spring scent) to add to your collection this year is Chloé Nomade. A floral chypre, its sweetness is tempered by the fragrance's inclusion of oakmoss, creating a woody scent that's feminine and delicate. Its soft aroma will waft all day long with just one spray.

Chloé Nomade is a fresh and modern twist on the chypre genre with its delicious fruitiness and hint of subtle flowers as well as the hint of moss.

See other options to buy online