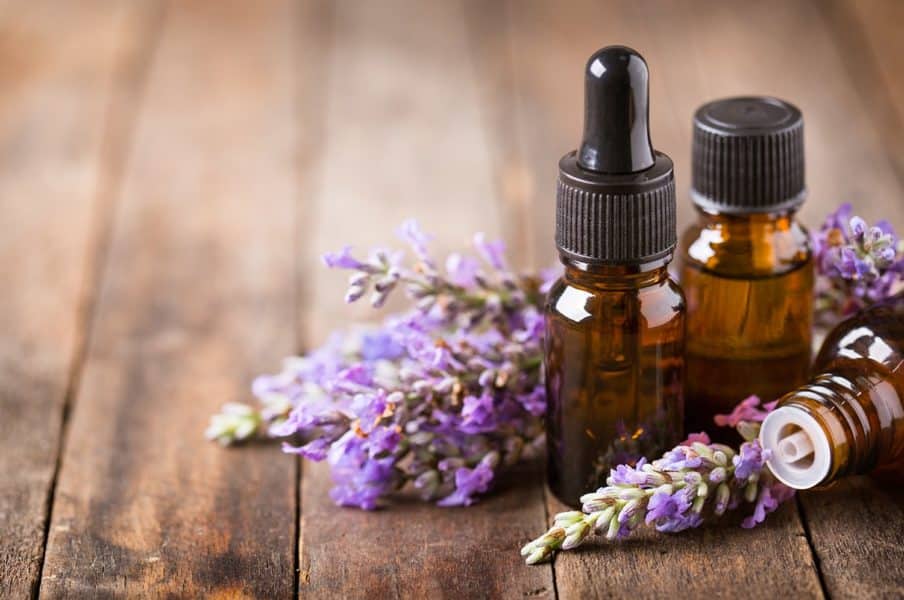 How To Make Perfume With Essential Oils Without Alcohol

Do you want to make your own perfume? Learn how to make perfume with essential oils without alcohol and create your own signature fragrance at home! This craft has been popular for centuries.

The art of making perfume is ancient

The world's first recorded chemist was a woman named Tapputi. She was a perfume maker whose life was recorded on a 1200 BCE Cuneiform tablet in Babylon. Tapputi played a powerful role in the Mesopotamian government and religion. She was also the overseer of the Mesopotamian Royal Palace. She developed methods for scent extraction, laying the basis for perfume making. Her methods were recorded and passed on. Her most groundbreaking technique was the use of solvents.

Perfume and perfumery existed in India from as early as 3300 BCE. Perfumes were mainly created to benefit ‘royal personages and inmates of harems’.

The oldest evidence of the manufacture of perfume dates to the Bronze Age (4 000 years ago). The remains of an enormous factory was discovered on Cyprus in 2004-2005.

Islamic cultures contributed greatly to the development of Western perfumery. They perfected the extraction of fragrances through steam distillation. New raw materials were also introduced.

With the rise of Islam, Muslims improved perfume production. Perfumes were used in daily life and in practicing religion. They used musk, roses and amber, among other materials. As traders, the Arabs and Persians had wider access to a wide array of ingredients. The Muslims imported spices, resins, herbs, precious woods, and animal fragrance materials such as ambergris and musk. Besides trading, many of the flowers and herbs used in perfumery were cultivated by the Muslims. Rose and jasmine were native to the region. Many other plants such as bitter orange and other citrus trees, imported from China and southeast Asia, were grown in the Middle East. To this day these are key ingredients in perfumery.

In Islamic culture, perfume usage has been documented as far back as the 6th century and its use is considered a religious duty.

Floral perfumes were brought to Europe in the 11th and 12th centuries from Arabia by returning crusaders who had traded with the Islamic world. Catharina de Medici initiated the perfume industry in Europe when she left Italy in the 16th century to marry the French crown prince.

Perfumery was practiced in Europe as early as the 14th century due in part to Arabic influences and knowledge. But it was the Hungarians who ultimately introduced the first modern perfume. It was made of scented oils blended in an alcohol solution. Created in 1370 at the command of Queen Elizabeth of Hungary, it was known throughout Europe as Hungary Water.

France quickly became the European center of perfume and cosmetic manufacture. The cultivation of flowers for their perfume essence had begun in the 14th century. It grew into a major industry in the south of France. Even today this area is considered to be the world capital of perfume.

During the Renaissance period, perfumes were used by royalty and the wealthy to mask body odors. Perfume enjoyed huge success during the 17th century. Perfumed gloves became popular in France and in 1656, the guild of glove and perfume-makers was established.

Perfumers were also known to create poisons. For instance, a French duchess was murdered when a perfumed poison was rubbed into her gloves and was slowly absorbed into her skin.

Perfume came into its own when Louis XV came to the throne in the 18th century. His court was called "la cour parfumée" (the perfumed court). Madame de Pompadour ordered generous supplies of perfume. And King Louis demanded a different fragrance for his apartment every day. The court of Louis XIV was even named after the scents which were applied daily not only to the skin but also to clothing, fans and furniture. Perfume substituted for soap and water. The use of perfume in France grew steadily. By the 18th century, aromatic plants were being grown in the Grasse region of France to provide the growing perfume industry with raw materials. Even today, France remains the center of European perfume design and trade.

After Napoleon came to power, exorbitant expenditures on perfume continued. Two quarts of violet cologne were delivered to him each week. And he is said to have used sixty bottles of double extract of jasmine every month. The empress Josephine had stronger perfume preferences. She was partial to musk, and used so much that sixty years after her death the scent still lingered in her boudoir.

Perfume use peaked in England during the reigns of Henry VIII and Queen Elizabeth I. All public places were scented during Queen Elizabeth's rule, since she could not tolerate bad smells. It was said that the sharpness of her nose was equaled only by the slyness of her tongue. Ladies of the day took great pride in creating delightful fragrances at home.

As with industry and the arts, perfume underwent profound change in the 19th century. Changing tastes and the development of chemistry laid the foundations of modern perfumery. Alchemy gave way to chemistry.

Perfume manufacture in Russia grew after 1861 and became globally significant by the early 20th century. The production of perfume in the Soviet Union became a part of the planned economy in the 1930s, although output was not high.

In early America, the first scents were colognes and scented water used by French explorers in New France. Florida water, an uncomplicated mixture of eau de cologne with a dash of oil of cloves, cassia and lemongrass, was popular.

Understanding how scents work together Understanding how scents work together is the first step in creating your very own perfect perfume. A fragrance is made up of three types of scents in different proportions: firstly the top notes (30%), then the middle notes (50%), and lastly the base notes (20%).

Use a small number of oils together until you gain more experience blending the scents. If you hold the open bottles together in your hand and waft them under your nose you can get a good idea of what goes well together. Also consider their intensity in relation to each other.

Once you have added a scent it is almost impossible to dilute it so go slowly and deliberately! Rather add too little, and top it up later if you are looking for a stronger fragrance.

It is always a good idea to write down your recipes as you mix them so that you can easily recreate your favorite fragrances. Also, label your perfume bottles for easy identification.

When mixing your scents you should always use glass containers as plastic tends to retain fragrance particles. If you are going to mix the blend rather than just swirling a small quantity, then be sure to use a glass rod to mix and not a metal object. 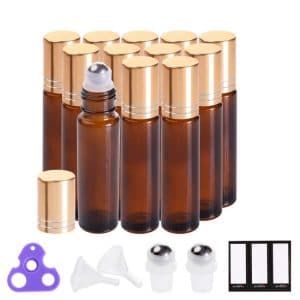 Each bottle is made from corrosion-resistant glass which makes it thick, smooth and shockproof. The amber colored glass protects essential oils against harmful UV rays saves it from quick vaporization.

The stainless steel roll balls fit tightly to prevent leakage. Leakage is further prevented by the screw on plated aluminium alloy cap. You can pop one of these in your bag and keep it with you for use throughout the day.

A glass roll-on bottle is ideal to use for essential oil perfumes.

Apply to your pulse points and enjoy! Reapply throughout the day to revitalize your perfume, but shake the bottle before each use. Because homemade perfumes are not as long lasting as those you can buy, you may need to apply them more often.

After you have used your mixing equipment, wash it all very well with a strong soap, dry, and wipe down with alcohol to remove all traces of the oils. Then wash for a second time, rinse in clean water and dry ready for the next use. 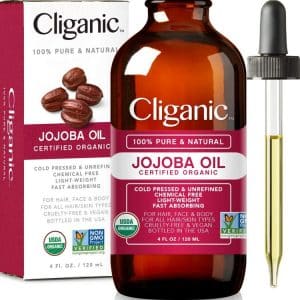 100% Pure organic cold pressed Jojoba oil. This oil contains no additives, no alcohol, no added-fragrance and is not diluted - this is perfect to use as a carrier oil when creating your perfume.

Jasmine and Rose are both potent floral scents. Mix them with citrus so that they do not become too overpowering. Citrus scents are fresh and can give you an energy boost on a hot day.

Essential Oil Perfume Recipes To Get You Started 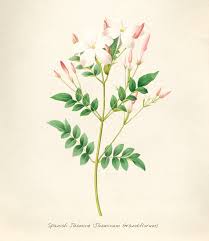 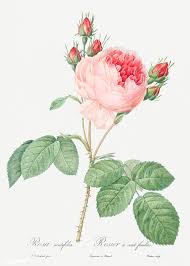 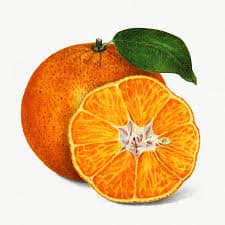 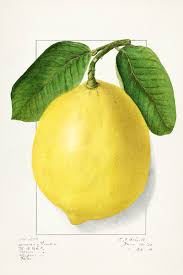 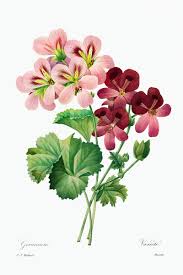 Once you have prepared your scent, you could also decant the precious perfume into a special bottle to keep at home. I have selected a few of my favorites here for you to consider. 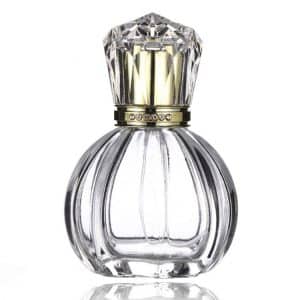 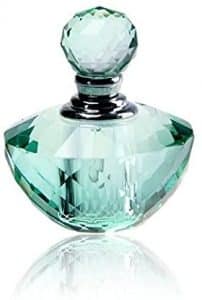 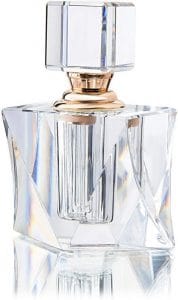 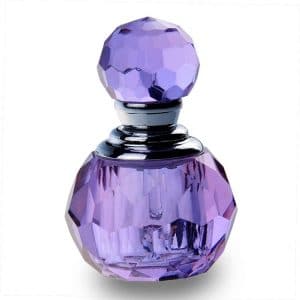 Other Uses for Essential Oils

Perfume was first created at least 4000 years ago and its popularity has only grown through the ages. Originally primarily developed in the middle east, the use of perfume has spread throughout the world. During the 14th century France became the European center of perfume and is still to this day perhaps the most important producer of perfumes.

These days good quality essential oils are readily available, making it possible for you to create your own perfumes at home without using alcohol. Carrier oils and empty perfume bottles are also easy to find so experiment and have fun mixing your very own signature perfume!