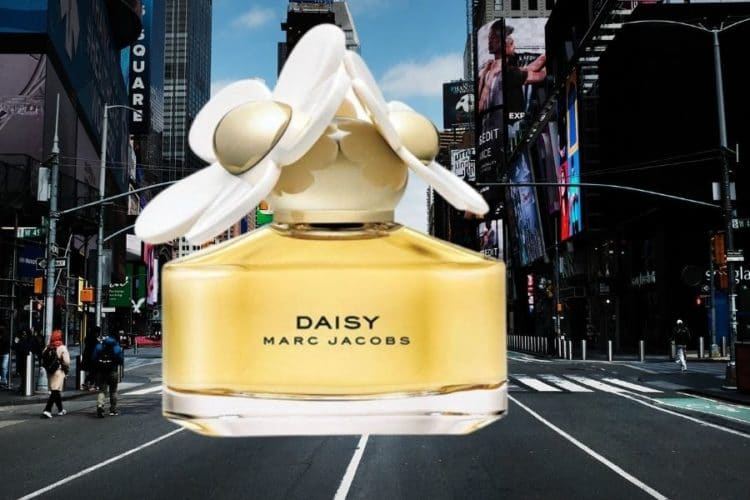 Who Is Marc Jacobs

Marc Jacobs is an American fashion designer who has garnered great success throughout his career.

Currently, he runs one main label that bears his name while at the same time running Marc by Marc Jacobs as a diffusion line.

Under both labels, there are more than 200 retail stores located in multiple countries worldwide and more than 200 licenses, including perfumery, eyewear, footwear, handbags and textiles.

In 1997 he was given creative control over Louis Vuitton, where he remained until 2014 when he announced his departure from the company.

Although no longer part of the company, Jacobs stays on as the honorary artistic director of Louis Vuitton and Michael Kors. 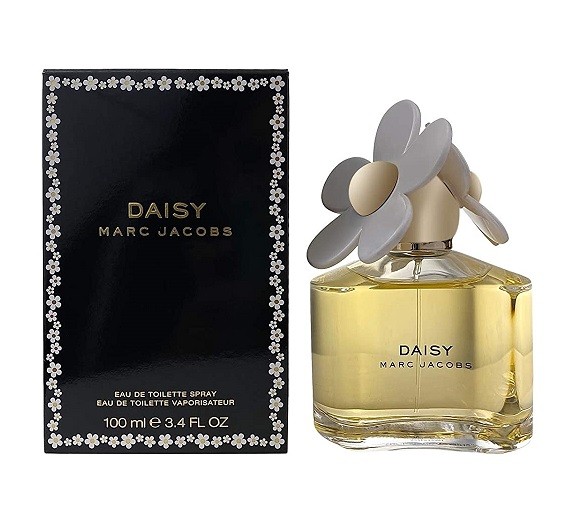 Premium Floral Perfume For Spring, we have another one of the best overall spring perfumes belonging to the floral fragrance family. Daisy perfume is described as one of the best spring floral perfumes due to its impeccably pleasing freshness and femininity.

Marc Jacobs Daisy Eau de Toilette was explicitly crafted to capture the character of the elegant daisy flower, which is what leads to its sweet and subtle overall fragrance.

The strawberry and Blood grapefruit are subtle and hint at fruitiness on opening. Some soft florals are also immediately noticeable. The violet and jasmine are there but not overbearing.

The base notes emerge very quickly, the musk, vanilla and woods appearing almost alongside the fruits and florals, thus softening them. There is also a very pronounced greenness to this Marc Jacobs fragrance, reminiscent of cut grass

The floral notes tie in very well with the woody and vanilla notes, creating a warm and comforting dry down.

What does the Fragrance smell like? The aroma is similar to walking through the field of wildflowers that were just picked with freshly cut strawberries.

Daisy can be worn as an everyday fragrance no matter who you are.

Even though it is so versatile, one should keep in mind that it is mainly advisable for daily wear and the spring and summer months when you will smell like a dream.

This particular creation of Marc Jacobs is mainly aimed at younger women between the ages of 19 to 25.

What some users think!

I don’t mean this in a weird way but this is the most virginal scent I own lmao. I used to wear it all the time. It’s so delicate and feminine and innocent smelling.

Its a masterpiece and it’s so popular for a reason. I’m glad I wasn’t really aware of it during the height of its popularity because now everyone is wearing black opium and Donna born in Roma and scents like daisy stand out for being delicately floral.

I am a gourmand lover through and through but I just adore this perfume so much. It smells like if a fairy made a mixture of grass, sparkling water, Daisy petals, and a drop of strawberry juice outside during a spring day. There’s some type of herbal/sweaty edge to it that’s addicting. It smells like the movie midsommar and I can’t get enough of it.

Why is Marc Jacobs Daisy so famous?

Marc Jacobs' History. Daisy. This fragrance is marketed as fresh and fruity, and it quickly became an illusion for many successful perfumes of the past several decades.

Is Daisy by Marc Jacobs strong?

The scent of Daisy by Marc Jacobs is one of the most popular scents in this collection, but there’s a reason. This feminine and sweet perfume can be worn every day and will leave you feeling confident without overpowering everyone around you with an overwhelmingly strong smell.

What age range is Marc Jacobs Daisy for?

It's great for anyone who loves Marc Jacobs' designs or is a fan of his creativity. However, the targeted market age is (19-25).